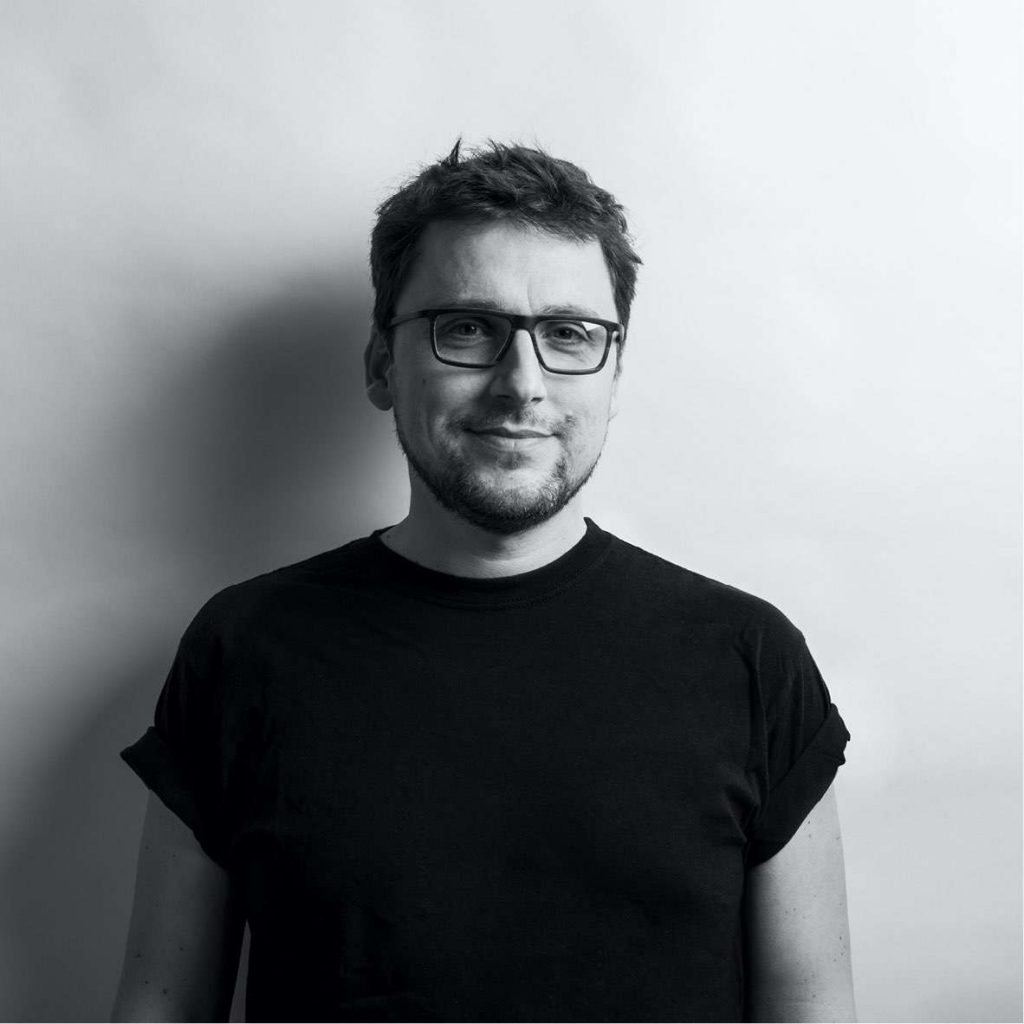 Matteo Ragni graduated in Architecture at the Politecnico di Milano.
In 2001, with Giulio Iacchetti, he was awarded with the Compasso d’Oro ADI for the disposable biogradable spork “Moscardino”, which is now part of the permanent design collection at MOMA New York. In 2008 he won the Wallpaper Design Award with “Leti”, a table lamp/book end produced by Danese. In 2008 he founded TobeUs, a brand of wooden toy cars – handcrafted in Italy – which wants to be a manifesto for consumer’s awareness. In 2012 he won the Italian National Award for Innovation, “Premio dei Premi”, for the project “W-eye”. In 2014, with Giulio Iacchetti, he won a second Compasso d’Oro ADI for the series of Montini manholes. 2015 is time for the Good Design Award prize awarded to the HUB system designed for Fantoni. Along with his activity of designer, he teaches, and he works as an architect and an art director.